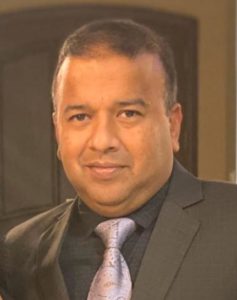 President, Aarti Impex
Sandeep is a Textile Engineer from T.I.T & S, Bhiwani (B.Tech). He also holds an MBA degree from India. He worked a few years in India before migrating to Canada in 2002

He sources textiles / fabrics / yarns & also their related chemicals and dyes for factories in entire American continent including USA & Canada from various countries in Asia – mainly from India.

He has also started his own spinning factory in Panipat, Haryana (India) which caters to the local Indian market and exports as well.

As his business grew, he has invested in other businesses in Canada – in real estate, financing, iron & steel.

His group is known as Aarti Impex (www.aartiimpex.info)

His family is very much involved in helping the community in the area where they live and the Indian community in general. He has done lots of philanthropies in last fifteen years in Canada as well as in India.