Canada India Foundation is delighted to announce the Advisory Board comprising the following members. 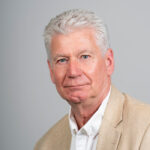 As a diplomat, a trade commissioner, and a policy expert, Stewart Beck spent the last 40 years as one of the foremost advocates of Canada’s interests in Asia. From 2014 to 2021, he was the President and CEO of the Asia Pacific Foundation of Canada, Canada’s leading research institution on Asia. Before joining APF Canada, he had a distinguished 30+ year career with Canada’s diplomatic corps. With postings in the U.S. and Asia, culminating with an assignment as Canada’s High Commissioner to India, he gained the knowledge and experience to be one of Canada’s recognized experts on Asia and innovation policy. Today, Asia is vitally critical to Canada’s economic security, both financially and technologically. Applying his understanding and navigating the challenging geopolitical, economic, and trade environment is the value he brings to strategic conversations on the region. 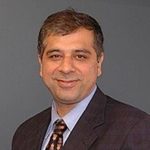 Anil Arora is the Chief Statistician of Canada since September 2016. He has led significant transformational initiatives throughout his career, with experience and partnerships spanning all three levels of government, the private sector and international organizations, including the UN and the OECD. He has led projects on high-profile policy issues, legislative and regulatory reform, and overseen large national programs. He was the Assistant Deputy Minister of Minerals and Metals Sector in 2010, the Assistant Deputy Minister of Science and Policy Integration in 2013, the Assistant Deputy Minister of Health Products and Food Branch in 2014. Mr. Arora has led several business missions to India and recently provided expert advice on the modernization of India’s statistical system. 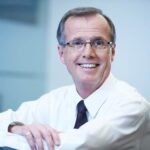 Board Member at Novelis, Toronto

International management and financial specialist Gary Comerford is the Chair of Brock University’s Board of Trustees. Currently the CEO of Comerford Management Consultants, his career has included appointments as Vice-President of Marketing for Canada Permanent Trust, and Senior Vice-President (International) for Sun Life of Canada. He served as Sun Life’s general manager for India and is past president of the Canada India Business Council. He is also a past chair of the Shaw Festival Board. 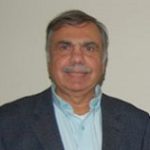 Ajit Bapat is actively involved in consulting through his company Power Solutions. He is well known in the electrical distribution field for his 40 years of expertise in the art and science of ground fault protection. He holds a Master’s degrees in business administration and electrical engineering, specializing in power systems and power system protection. He has interest in ground fault protection; digital metering systems; microprocessor based integrated systems for protection; and the metering, monitoring, and control of power distribution systems. A member of Professional Engineers Ontario, he is also a senior life member of the IEEE. 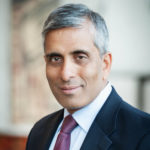 Arvind Gupta is a Professor at the University of Toronto’s Department of Computer Science. He was appointed as a Distinguished Visiting Professor at the U of T for a two-year term in 2015. He was the President of the University of British Columbia prior to his return to Toronto. Professor Gupta is an alumnus of the Computer Science department, having earned his master’s and doctoral degrees at U of T in 1985 and 1991. Before serving as UBC’s president, he was CEO and scientific director of Mitacs Canada, a national non-profit that develops research projects, led by graduate students, between universities and industry. 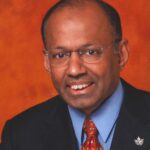 Professor of Medicine and Global Health, University of Toronto; Professor and advisor to the Dean on Global Health, Faculty of Health, York University, Toronto, Canada. Dr. Chockalingam’s experience encompasses a unique combination of global health research, policy, training, and administration in addition to international leadership within the global health community. He is extensively involved in promoting public health education and awareness on COVID-19 in the community.  He is mentoring senior cardiovascular scientist worldwide.  He is the Editor-in-Chief of the International Journal of Noncommunicable Diseases (www.ijncd.org). He is a recipient of many national and international recognitions.  He has published over 200 articles in scientific/medical journals. 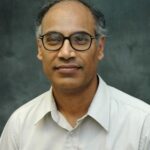 V. Kumar Murty, Ph.D
Dr. V. Kumar Murty, Ph.D is Professor of Mathematics at the University of Toronto and Director of the Fields Institute for Research in Mathematical Sciences. His fields of research are number theory, algebraic geometry and their applications to Information Technology. He received his PhD from Harvard University and has held visiting positions at the Institute for Advanced Study (Princeton), the Tata Institute of Fundamental Research (Mumbai) and Concordia University (Montreal) before moving to Toronto. He has published over 120 scholarly articles and authored & edited seven books. His research has been recognized by many honours including election as a Fellow of the Royal Society of Canada, a Foreign Fellow of the National Academy of Sciences (India), and as a Fellow of the Canadian Mathematical Society. He was also awarded the prestigious E. W. R. Steacie Fellowship by NSERC and the Coxeter-James Prize by the CMS. Recently, he has embarked on a study of “smart villages” to mathematically understand the dynamics of communities and to derive the economic and social implications of various models of growth.