CIF Global Indian Award is presented annually to an outstanding person who has demonstrated global leadership, vision, and personal excellence 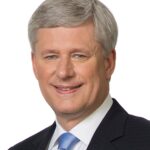 The Right Honourable Stephen Harper led Canada through the world’s most complex geopolitical, economic and security challenges as the country’s 22nd Prime Minister for nearly ten years. During his tenure in the world’s top forums such as the G-7 and G-20, NATO, and the United Nations, Mr. Harper was known for a frank, assertive leadership style defined by principled diplomacy, disciplined economic policy, a strong stance on international peace and security, and passionate defence of freedom and human dignity. Mr. Harper created the modern Conservative Party of Canada, won three successive national elections, and was the longest serving Conservative Prime Minister since Canada’s founding Prime Minister in 1891. Under his watch, Canada emerged from the 2008 economic crisis faster and stronger than its peers. Among his many accomplishments in office, Mr. Harper brought federal taxes to their lowest level in 50 years, balanced the budget while making investments in health care and infrastructure, overhauled the criminal justice system, and expanded Canada’s international trade network tenfold. 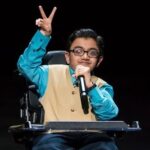 Sparsh Shah was born on the 1st of May 2003, in Iselin, Middlesex, New Jersey, United States. His parents are Jigisha and Hiren Shah who have been there for him from the start and imbibed values into Sparsh that have helped him become the person he is today. Sparsh means to ‘touch’ and no one else has lived up to their name as much as Sparsh has in just 15 years. Sparsh himself says that he wants to touch the hearts of everyone he meets, and his dream is to inspire the world and perform live for an audience of a billion people. 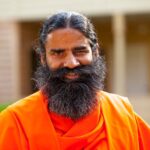 Swami Ramdev is perhaps the best known Yoga Guru globally. A household name in India, Swami has  popularized Yoga internationally, has millions of followers and presides over a business conglomerate valued at over $ 1 billion. His Patanjali brand has expanded into Education with Patanjali College and Hospitals, Patanjali University, Yoga Institute and Research Centre and a Pharma Manufacturing Unit, among other ventures. Born as Ramkrishna Yadav in January 1965 at Ali Saiyadpur village in Haryana (India), Swami Ramdev adhered to a life of asceticism (sanyas), retreated to the Himalayas for a few  years and then settled down in Haridwar, one of the Holiest cities in Hinduism. Under his guidance, a large number of people have been alleviated from pain and suffering, thus leading healthier and more purposeful lives. 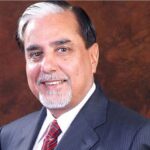 Dr. Subhash Chandra, Chairman of the Essel Group of Companies is among the leaders of the global media & entertainment industry. A self-made man, and a true visionary, Dr. Chandra has consistently demonstrated his ability to identify new businesses and lead them on the path of success. Dr. Chandra is rightly referred to as the Media Moghul. He demonstrated his pioneering vision when launched the country’s first satellite television channel – Zee TV in 1992 and later the first private news channel, Zee News. ZEE as a brand today, has achieved a global recognition, reaching nearly a billion viewers in 169 countries offering 33 channels in India and 37 channels internationally. For his contributions to the industry, Dr. Chandra has been awarded the 2011 International  Emmy Directorate Award recognizing excellence in television programming outside the United States, becoming the first Indian to receive this Award. 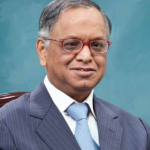 Mr. Murthy co-founded Infosys in 1981 with six other software professionals, with an initial investment of $250, at a time when the middle class dream still was to rise high in someone else’s enterprise. From these modest beginnings, he guided the company to become a multinational corporation and leader of India’s IT revolution, serving as it CEO from 1981 to 2002 and as chairman from 2002 to 2011, guiding. In 2011 he stepped down and became Chairman Emeritus. He was named Executive Chairman of the Board in 2013. Mr. Murthy is the recipient of the Padma Vibhushan, India’s second highest civilian award. He has been described as the Father of India’s IT sector by Time Magazine due to his contribution to outsourcing in India. He has also been listed among the 12 greatest entrepreneurs of our time by Fortune magazine. Mr. Murthy is the recipient of numerous awards and honours. Some of them are Commander of the Order of the British Empire (CBE) from the Government of United Kingdom, Office of the Legion of Honour from the government of France and The Hoover Medal from the American Society of Mechanical Engineers. 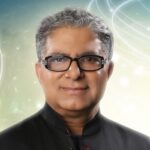 Mr. Deepak Chopra is the fourth recipient of the CIF Chanchlani Global Indian Award.  Deepak Chopra is the founder and Chairman of the Chopra Foundation, and Founder and co-Chairman of the Chopra Center for Wellbeing in Carlsbad, California. Dr. Chopra is known as a prolific author of nearly sixty four books with eighteen New York Times best sellers on mind-body health, spirituality, and peace. A global force in the field of human empowerment, Dr. Chopra’s books have been published in more than eighty languages in both fiction and non-fiction. His New York Times bestsellers, “Peace Is the Way “ received the Religion and Spirituality Quill Award in 2005, and “The Book of Secrets: Unlocking the Hidden Dimensions of Your Life” was awarded the Grand Prize in the 2005 Nautilus Awards. His latest New York Times bestsellers include War of the Worldviews”, “Reinventing the Body, Resurrecting the Soul”, and “Muhammad: A Story of the Last Prophet.” His book , The Soul of Leadership, was mentioned as one of five best business books to read for your career FINS – Wall Street Journal. 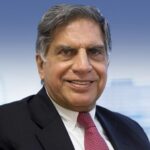 Mr. Ratan Naval Tata is the Chairman of the Tata Group, India’s largest conglomerate founded by Jamshedji Tata and expanded by later generations of his family. He is a graduate of Cornell University and Harvard Business School. Ratan Tata joined the Tata Group in 1962 and, in 1991, replaced his predecessor, JRD Tata, as Chairman of Tata Sons, the promoter of key companies of the Tata Group. Since then, the Group’s revenues have increased 12-fold. Recent acquisitions under Ratan Tata’s guidance include Jaguar & Land Rover from Ford Motor Company and Corus Group, an Anglo-Dutch steel producer. 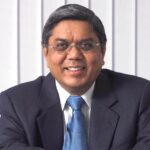 Mr. Tulsi Tanti, a Mechanical Engineer by training, founded Suzlon Energy Limited in 1995, and has led from the helm to transform the company into the world’s fifth and India’s leading wind turbine maker, commanding over 10.5% of global market share; and a key player in transforming India’s wind industry into the world’s fourth largest. Mr. Tanti has received a number of awards, and recognition for his leadership of the wind energy industry in India, his business achievements and stewardship of the renewable energy cause. 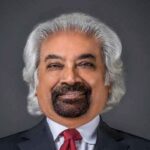 Sam is an internationally respected telecom inventor, entrepreneur, and policy maker, known by many as the Father of the Indian Telecom Revolution. He worked to make telephones available to even the most remote parts of rural India, believing that information communication technology (ICT) is as important as water or education to the developing third world. Sam holds around 100 technology patents worldwide and has built several successful companies while creating thousands of jobs. He served as the chairman of the National Knowledge Commission and formally served as the Advisor to the Prime Minister on India on Public Information Infrastructure and Innovation. Sam splits his time between offices in Chicago, IL, USA, and New Delhi, India. Sam is also a talented artist who’s work has been shown in expedition in Paris, France.  He has two grown children and lives with his wife, primarily in Chicago.