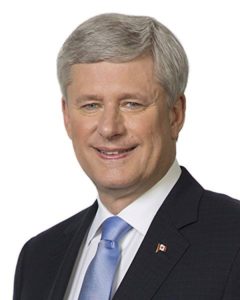 The Right Honourable Doug Ford, the Premier of Ontario, presented Mr. Harper with the trophy accompanied by His Excellency Vikas Swarup, the High Commissioner of India in Canada, and Honourable Deepak Obhrai, Member of Parliament.

In his acceptance speech, Mr. Harper thanked the Canada India Foundation for honouring him with the Global Indian Award. He said that it was his government that had taken the initiative to end the decades-long deep freeze of Canada-India relationship.

The former Prime Minister emphasized the need to denounce Khalistani sympathisers operating in Canada. He said, during his tenure, “as a government and as a party, we denounced and we refused all relationship with those Khalistanis and others who seek to bring the battles of the past to Canada and who seek to divide the great country that is modern India.”

To see more photographs of the CIF Global Indian Award Gala – 2019, please click on the images below 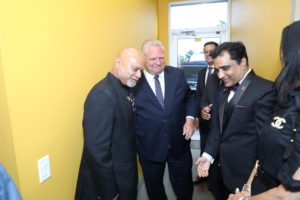 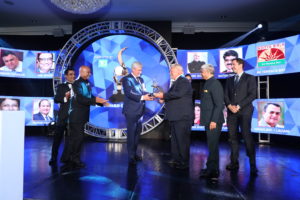