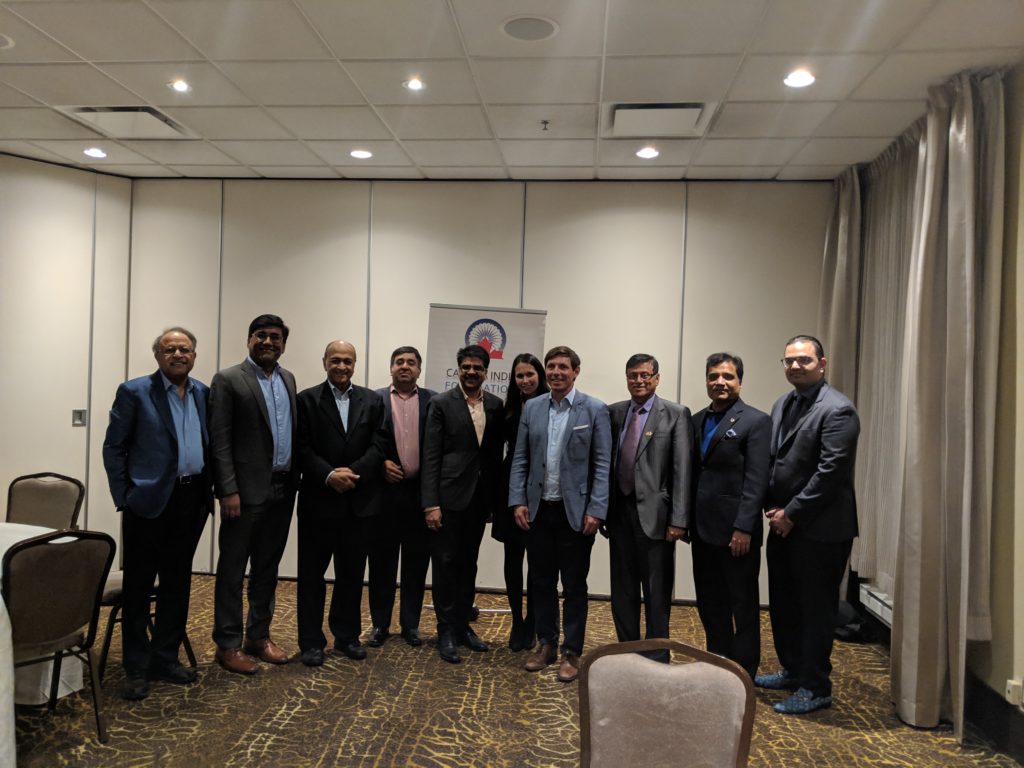 Brampton, 11 December 2018: As 2018 draws to a close, and we look at some of the most eventful occurrences that shaped the year that’s quickly passing into history, we cannot but sit back and admire Patrick Brown, the newly-elected Mayor of Brampton.

His has been a remarkable political comeback. He began the year riding a wave of popularity, appearing as a clear winner in the race to become the new premier of Ontario. Brown had built the Progressive Conservative into a cohesive battle-ready machine.

And when everything seemed to be going according to a plan, Brown’s world came crashing down as he was swallowed up by the #MeToo movement. The Progressive Conservatives won effortlessly because of the great campaign that Brown had engineered. But he was left out in the cold, consigned to the dustbin of history. From a rising star of Canadian public life, he became a has-been in double-quick time. 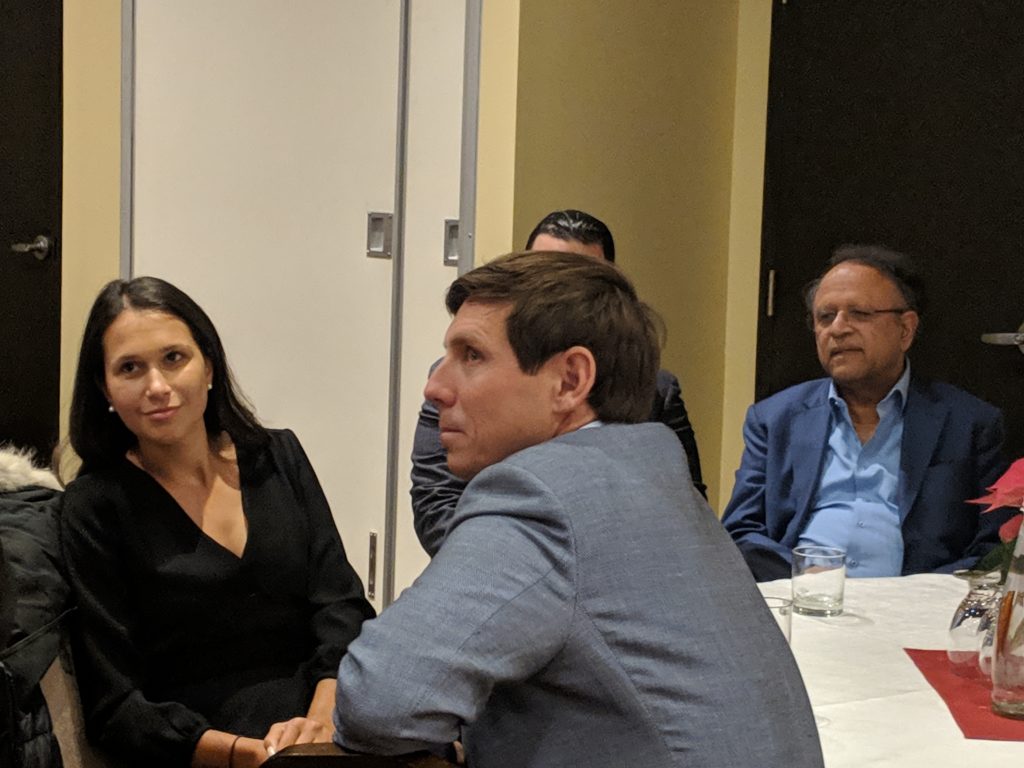 That support is not surprising because for the Indo-Canadian community of Brampton, Brown is one of the most-loved – if not the most loved – politicians. Brampton is home to a large number of Indo-Canadians.

For Brown, 2018 was supposed to be a glorious year, but it was all going horribly wrong. On one of his trips to India, he’d been to Varanasi, one of the oldest and the holiest cities on our planet, to seek blessings.

“It was at Varanasi that I felt a deep connection with the holy city, the holy river Ganga and as I immersed myself into the holy ambience that envelopes everyone who goes to Varanasi, I was made to realize that 2018 would be a significant year for me,” Brown said, at a townhall meeting organised by the Indo-Canada Chamber of Commerce, a few days after he was sworn-in as the Mayor of Brampton.

But then disaster and doom followed, and Brown wondered whether he’d been wrong. “But Varanasi, the Ganga, can never be wrong. My victory was delayed, instead of June it came in October,” he said. The audience couldn’t contain its excitement and broke into a thunderous applause.

At a private dinner meeting with members of the Canada India Foundation (CIF) at the Pearson Convention Centre earlier this week, Brown recounted the story of his amazing comeback. 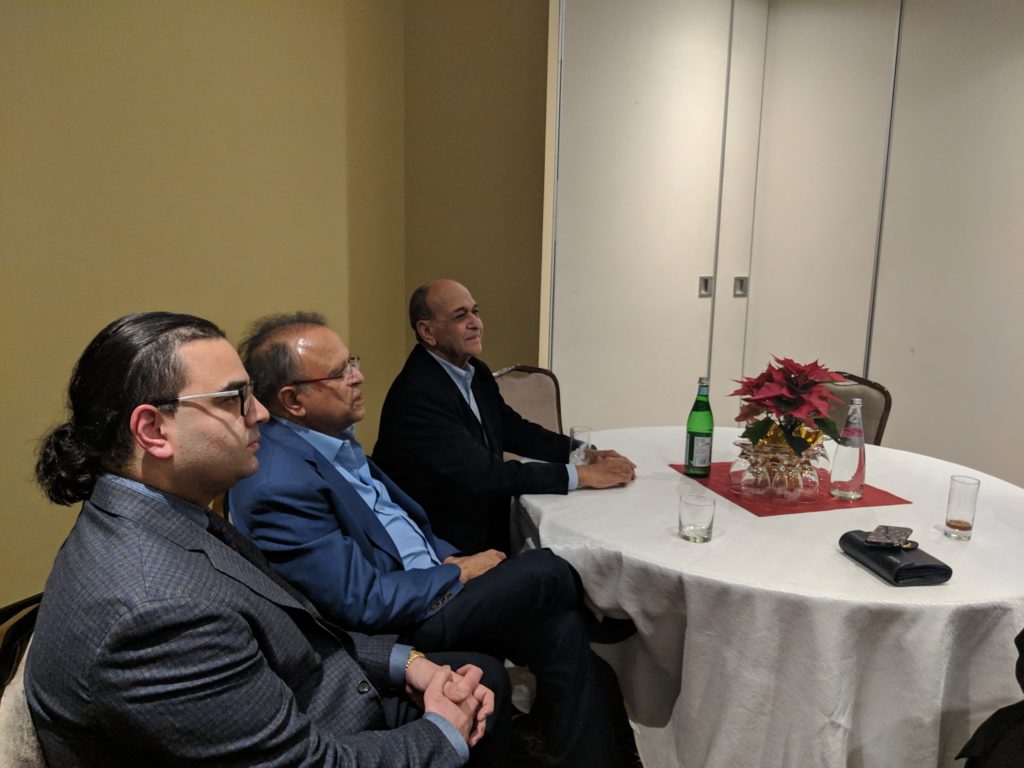 “When I decided to return to public life, I met my friends at Canada India Foundation. And instead of recommending me to calm down and let the storm pass before returning to the public arena, all of them said, ‘Yes, go right ahead. We’re with you.’”

“Many know that I’ve been to India 18 times and will try to go there every year. India is always in my heart.  Anyone who’s been to a place 18 times doesn’t go there wide-eyed and full of wonder and amazement at what he finds and discovers. I do that each and every time I go to India,” Brown said.  In his new bestselling book Takedown, The Attempted Political Assassination of Patrick Brown he tells some great stories about his trips to India and meeting with the Prime Minister, Modi as well as the Tamil cause in Sri Lanka. 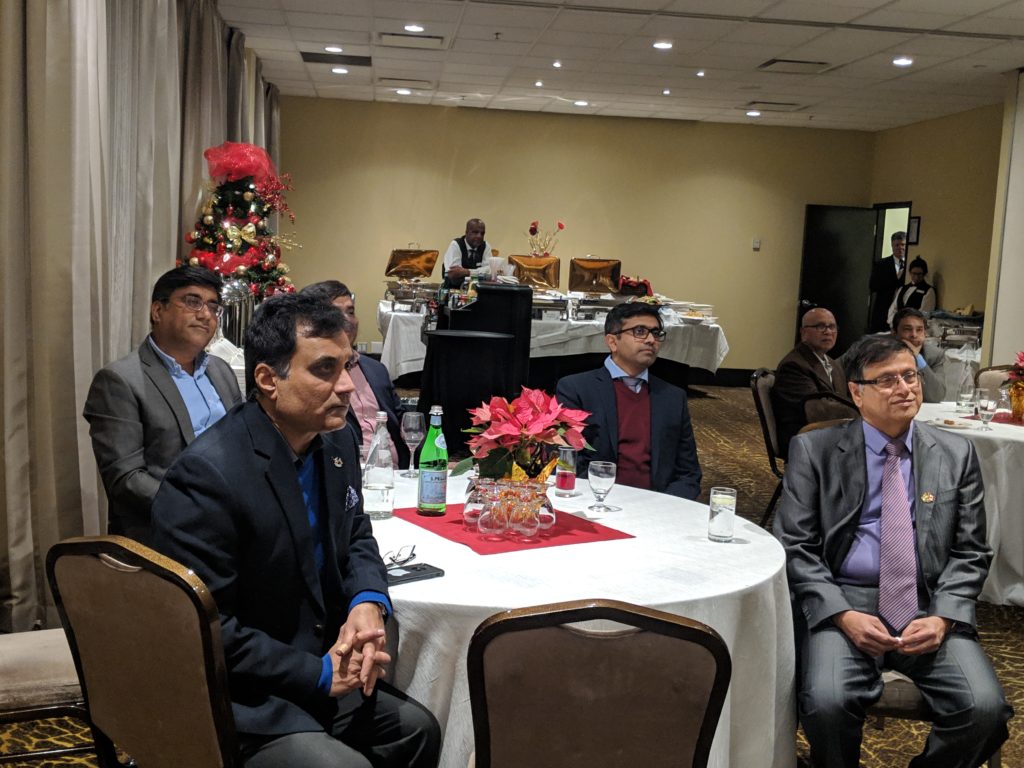 He revealed that it was CIF’s leaders who organized his first trip to India to participate in Vibrant Gujarat. “They said, ‘You’ve got to be there.’” Brown became the first leader from the western world to acknowledge the rapid economic strides the state was taking under the then chief minister Narendra Modi. They struck a friendship that thrives to this day.

His new wife Genevieve accompanied him at the CIF dinner. To emphasize his connection with India, he then narrated a deeply personal story about his life. “You know why I have an almost mythical connection to India? Genevieve decided that I was the one she wanted to be with for the rest of her life, when we were together on a houseboat in the backwaters of Kerala.” 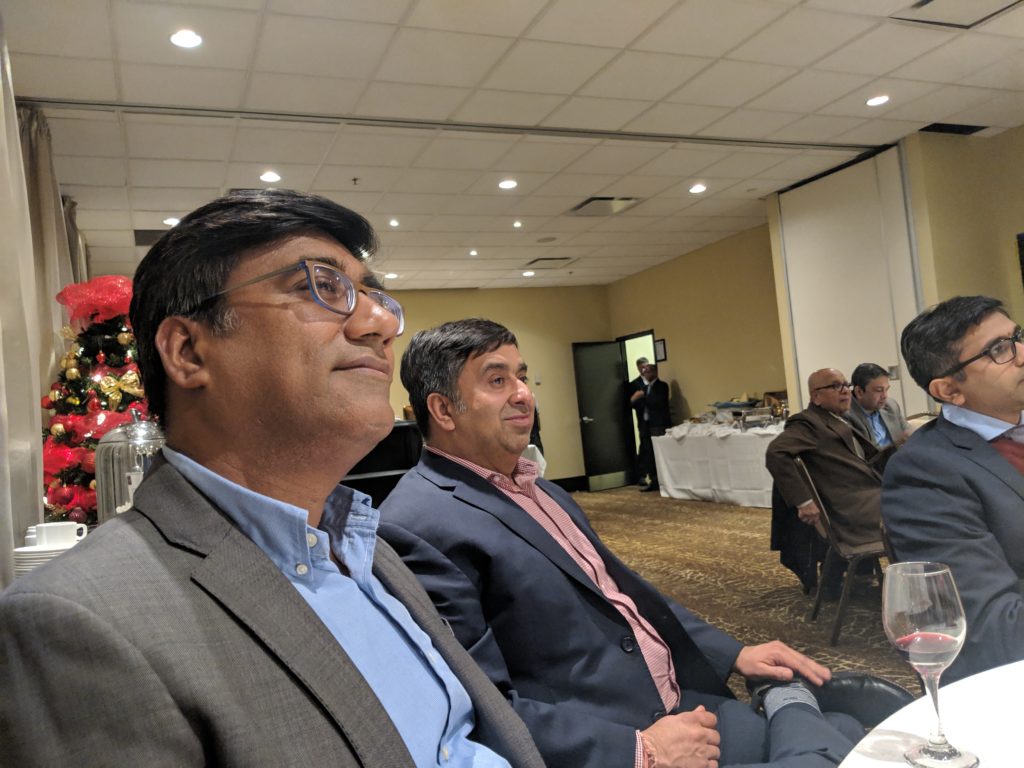 Brown’s association with India goes all the way back when he was a kid. His parents had an arrangement where once a week, his dad, who was a lawyer in Brampton, was to cook supper. “But invariably, he’d be busy or tired and would pick up an Indian dinner from the local outlet called Sweets India,” he said. And since those days, he’s been hooked on Indian cuisine.

More photographs of the dinner reception 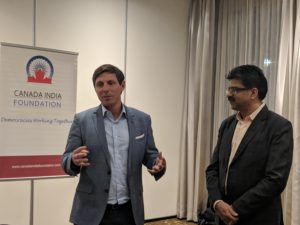 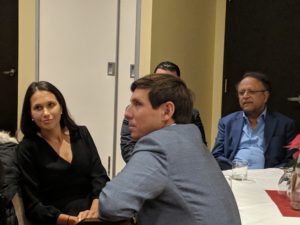 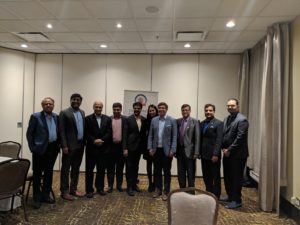 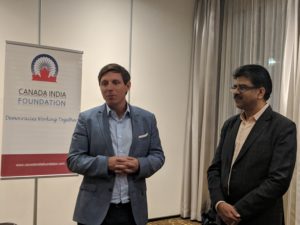 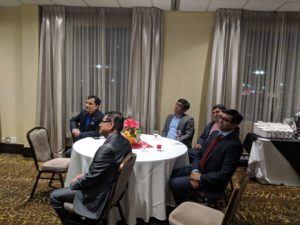 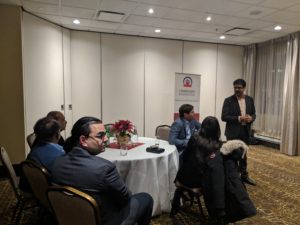 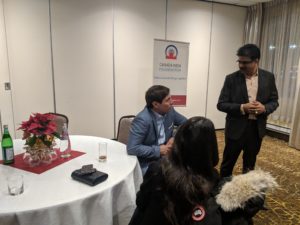 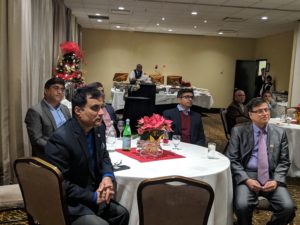 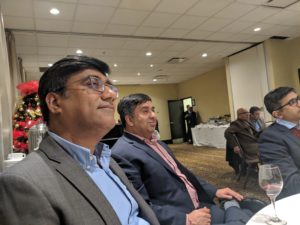 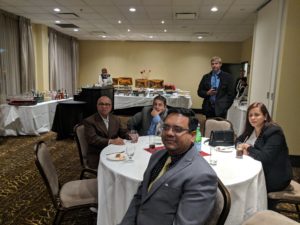 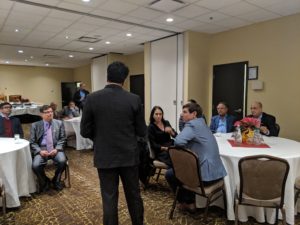 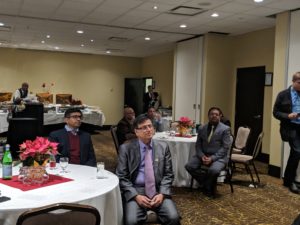 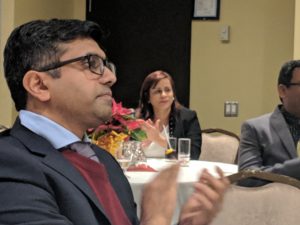 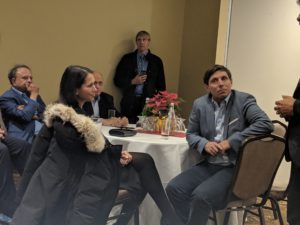 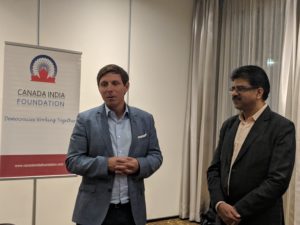 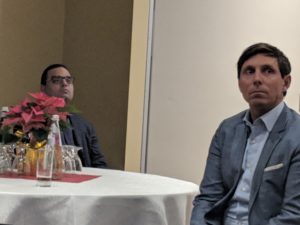 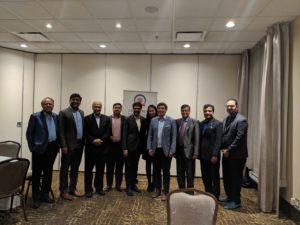 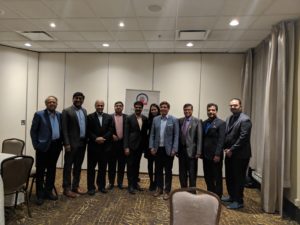 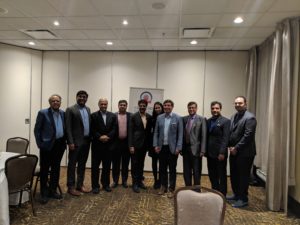