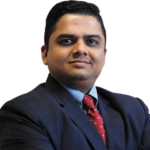 Nirav is the co-founder of Aastha Lawyers. Prior to starting his own practice, Nirav has worked with small and a mid-sized firm to a large Bay Street law firm in downtown Toronto. Nirav was also featured in University of Toronto’s 2011 edition in Nexus Magazine as part of immigrant lawyer success story. Nirav’s skill and experience ensure that he delivers nuanced advice and creative solutions to help meet with his client’s requirements and expectations. Nirav’s goals when assisting his clients is to guide them towards best possible resolution in a timely and cost-effective manner.

Nirav holds a Certificate in International Arbitration Law from McGill University School of Law, Montreal and holds LL.M. (master’s in law) degree from Osgoode Hall Law School of York University. Nirav is also a licensed lawyer in India. In addition to his professional accomplishments, Nirav was also heralded as a Research Scholar while pursuing his LL.M., by his professor who is a Rhodes Scholar, and a senior faculty at Oxford.  Nirav was also an Editor for IPilogue while at Osgoode Hall Law School of York University. While pursuing law in India, Nirav has represented his university in USA for International Moot Court Competition.

As an avid sports enthusiast, Nirav maintains an active lifestyle outside of office. He can be seen exploring new places and cuisine as well as enjoying sports like cricket and table tennis. Nirav was crowned champion in table tennis during his university days.

Nirav has been acknowledged for his contributions towards programs and events highlighting Indian culture in Canada. Nirav has also contributed for charities and various community events and been part of the Golf Tournaments wherein proceeds have been given to the Sick Kids Foundation.