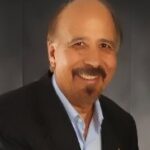 Kamal is chiefly responsible for all business operations and oversees the management of all projects at K Paul, which include but are not limited to retail, hospitality and commercial projects.

Kamal is registered to practice Canada wide, and in over 30 states in the U.S.A.  With his wealth of experience, strong business acumen and hands-on approach, mentoring his diverse range of 47 multidisciplinary employees, K Paul Architect has grown into an extremely successful architectural and design firm.