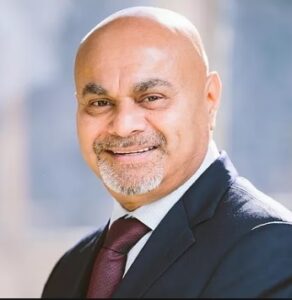 Mr. Anil Shah, a Chemical Engineer by profession, migrated to Canada in 1990 after successfully running a trading business in Mumbai, India. In Canada, he would put his entrepreneurial acumen to good use by founding a metals trading house. Mainly dealing in metals and allied industrial raw materials, Ni-Met Metals Inc. has since grown to be one of the most reputed and recognized trading houses with multiple offices and a processing plant across the world.

Today, Ni-Met’s highly diversified activities have given it a unique market position largely due to the business acumen, entrepreneurial vision and unending energy of its founder and head, Anil Shah.

As his business grew, so did his involvement with the Indo-Canadian community, frequently contributing his time and resources to energize several organizations, like AIM for SEVA by donating a hostel in rural Gujarat  & CIF Charitable Foundation. He has been one of the guiding hands behind the Canada India Foundation, originally established in 2007 to work as a think tank to provide credible policy feedback to strengthen ties between Canada and India. He recently stepped down from the role of Chair of CIF after leading the organization for three eventful years and continues his long association in an advisory capacity.

Anilbhai, as he is fondly known among friends, has been a force for good in the philanthropic arena both in India and Canada. He has served on the Board of Trillium Health Partners and chaired two successful editions of the annual Trillium Diwali Gala, raising considerable funding for the Trillium Hospitals system.

An avid golfer himself, he has trudged the fairway to helm the Indo Canada Chamber of Commerce charity golf tournaments for thirteen years and raised funds for its building. Later he would continue raising funds through the CIF charity golf tournaments. The proceeds from these events have gone to aid several charitable activities in Canada and India including contributions to the welfare funds for the families of fallen soldiers. More recently, he has been the driving force behind CIF’s outreach to the community during the current pandemic to deliver over 15,000 hot vegetarian meals to the frontline workers in hospitals, senior homes, and other emergency service across Southern Ontario.

Anil Shah lives in Oakville, Ontario with his family.